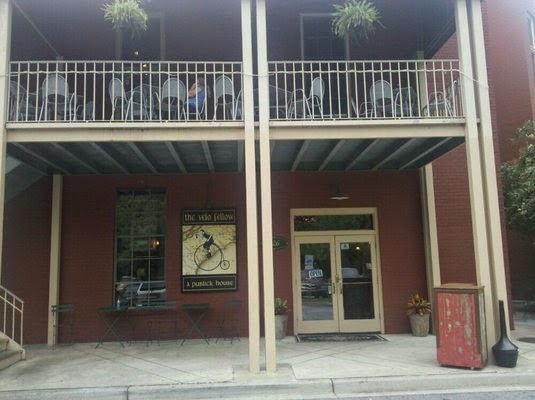 While I will have a couple of negative things to say about Velo Fellow in this review, I'm saying up top that I had a fun time going there and would definitely go back. 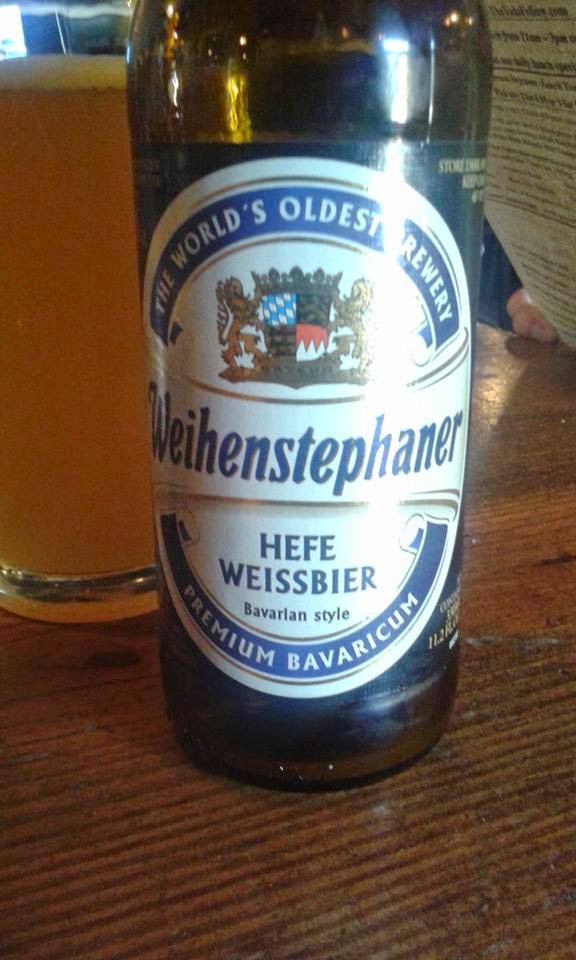 We arrived a a little after 2pm on a weekday, so the lunch crowd (I'm assuming there was a lunch crowd) had already cleared out and went back to work. Being mostly retired, we usually eat lunch later than most folks. The hipster (handlebar mustache was the dead giveaway) bartender asked us about beverages and when I asked him what type of ales they had on draft, he sorta sneered and said "lots". When he listed them there was a pale ale and I ordered that one (I must remember to include the word "pale" next time to avoid being looked down as some type of beer commoner...LOL). My wife, on the advice of the bartender, ordered the above Hefe Weissbier, which she liked so much, she's carrying a photo of it around on her phone. 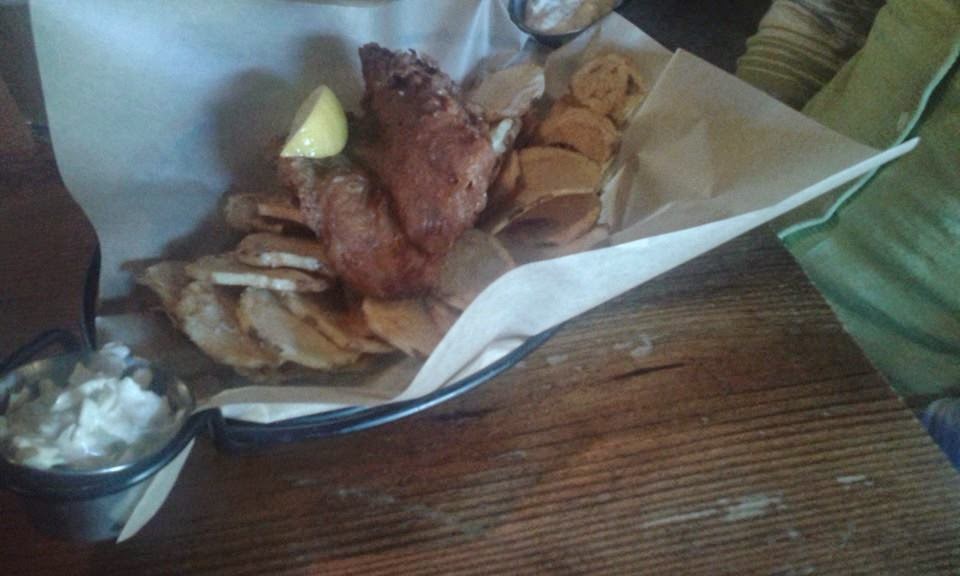 For our meal, we both ordered the fish and chips, which is supposedly their most famous menu item. For my taste, the fish was way over battered and over fried (might be authentic, but not for my taste); however, my wife thought it was great. The chips (sliced lightly fried potatoes), I really liked, although the wife said she would like them fried a little more.  She would order the dish again, I would order something different. A little pricey for lunch (42.00 pre tip, of course half of that was 4 beers).  My final verdict, I am looking forward to another visit to the Velo Fellow, and will write the word "pale" on my hand, so I will be able to remember to include it when ordering a beer, I just don't think I could stand being looked down on by a hipster twice in my life...LOL!
Posted by Frontal Lobe at 1:26 PM No comments: