Bacon Bros Public House is located on Pelham Road in Greenville, SC in a strip mall next to Earth Fare. While the menu looked interesting, sometimes that can be misleading. In this case, the food was just as good as it sounded on the menu. 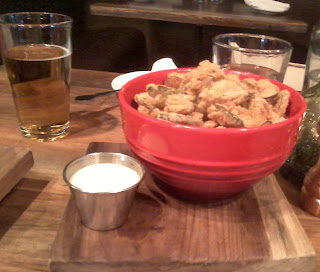 We had a couple of appetizers - Cornmeal fried pickles with smoked onion dipping sauce and a bowl of smoked turkey gumbo with tasso ham, okra, chocolate roux, and gold rice. As you can see from the photo this was a very large order of fried pickles. The cornmeal helped soothe the bitterness of the pickles. I found this a plus, my wife found this a minus. Regardless, they were very good and I would order them again. The smoked turkey gumbo was delicious and my wife, who doesn't really like gumbo, said this was the best she ever tasted and would consider ordering it again. 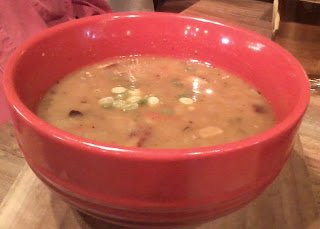 For our meal we split a corned beef Reuben on rye with a side of beer battered onion rings (which came with sorghum ketchup.). The corn beef was tasty and very tender. The sandwich could have used a bit more sauerkraut for our taste, but overall was a pretty good reuben. The onion rings were made with such sweet onions that they had little taste, unless dipped into the sorghum ketchup, which managed to be both sweet and spicy at the same time. 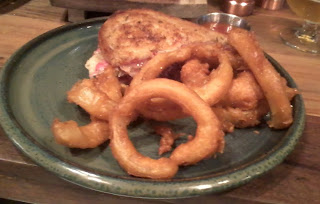 I had two pedestrian draft PBR's (reminded me of years back drinking draft at Peaches in Myrtle Beach) and my wife had two Allagash Curieux (triple ale aged in Jim Beam bourbon barrels). 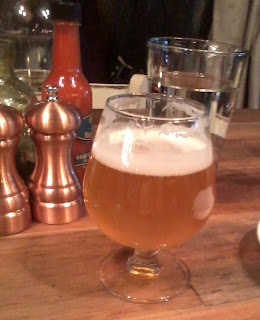 This was a great meal, even if some things weren't quite to our personal tastes. Everything that came to the table lived up to the menu description and the service was always right on time. They even split our Reuben/onion ring order without being asked. This is one place we'll definitely be visiting again.
Posted by Frontal Lobe at 5:10 PM No comments: 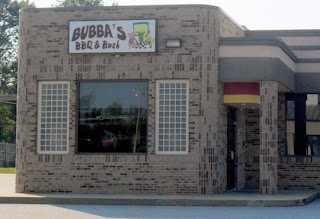 Did you ever eat somewhere and think to yourself "It couldn't be that good" and have to go back the following week to confirm that it was actually that good. Well, that's what happened to us when we tried Bubba's BBQ & Bash in Spartanburg, SC. I was a little leery of the place, since it was in a brand new building, and usually, it seems, the good bbq joints are in some building that has been re-purposed for a restaurant. 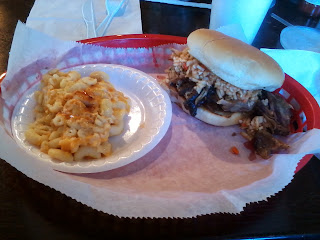 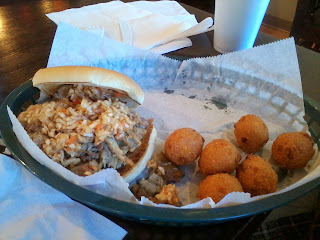 The first week we both had bbq sandwiches with their bbq slaw (you have to ask that the slaw be added to the sandwich). This slaw isn't exactly "red slaw" but it's not regular slaw either, falling somewhere between the two. For sides the first week we had hush puppies and macaroni pie. The pulled pork was so good on the sandwiches that they didn't need a bit of sauce. Any type of sauce covered up the great smoke taste in the meat. The hush puppies had onion and pieces of corn and were just right. The macaroni pie was better than O.J.'s Diner and better than Wade's Restaurant and that says a lot about how good it was. 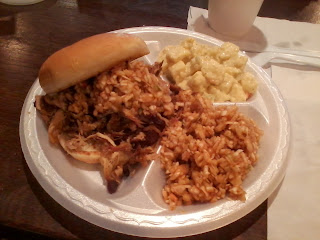 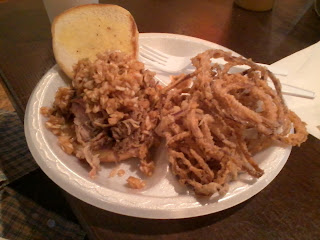 We returned the following week to see if it was as great as we thought it was the first time. This time we got two sides with each meal. My wife had bbq slaw and potato salad and I had hush puppies and onion rings. The potato salad was fine, but it was the mustard based type and both of us prefer a mayonnaise based potato salad. The onion rings were of the very thin variety and cooked to a crispy goodness. Was the pulled pork as good as we thought...YES! Bubba's BBQ & Bash is now my #1 top pick for bbq in upstate SC. The only drawback, it's a 30 minute drive, but I know I'll be hitting Highway 29 and making that trip again SOON!
Posted by Frontal Lobe at 3:23 PM No comments: 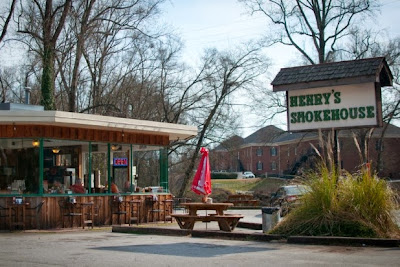 For my money, Henry's has the best smoked pork in Greenville. Unfortunately, my wife doesn't agree, so we seldom eat there. After trying Pig-Out in Lyman, SC and finding it to be just ok, I wanted some bbq with some taste in the meat, so I headed to Henry's. 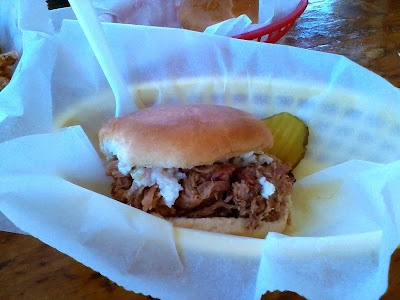 We both had a pulled pork bbq sandwich with slaw. 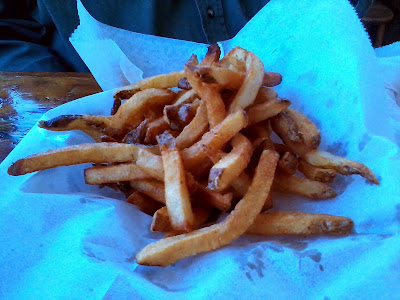 We split an order of fresh cut fries.

The meat was just as I remembered it, moist with a good smoke taste and the fries are always great. My wife's opinion, she's still not impressed...oh well.
Posted by Frontal Lobe at 11:56 AM No comments: 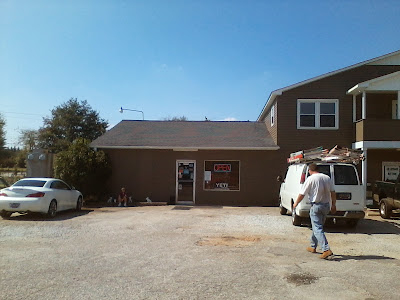 I had heard about Pig Out, located in a converted service station, so a couple of weeks ago we made the trip from Taylors to see what the talk was all about. 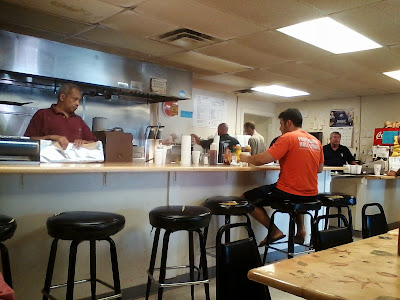 The restaurant was clean and the staff were fast with our order, even if they weren't the friendliest group of people. 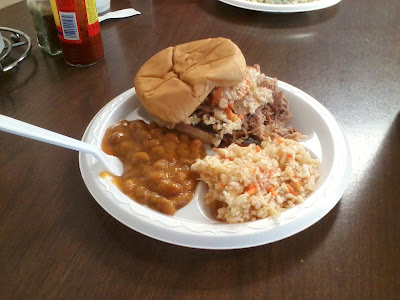 My Wife had a pork BBQ sandwich slaw plate with beans and red bbq slaw. 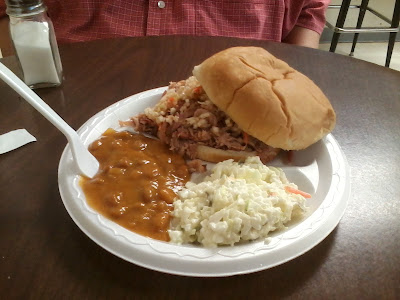 I had a similar plate but I had regular slaw as one of my sides.

The beans were great, some of the best I've had at a BBQ restaurant (Be warned, they are on the spicy side.) The regular slaw was good slaw, but nothing special, but the red bbq slaw, that you could get on the sandwich or as a side was a definite plus. Once again be warned, the red slaw is a little spicy.

I was really expecting something great from the BBQ, but found it was no better than Bucky's here in Greenville and I'm not a real big fan of Bucky's. Both Pig Out and Bucky's BBQ pork has very little smoke taste. You have to use a sauce at both places, since the meat can't stand on its own. Luckily, the mustard sauce at Pig Out saved the sandwich.

My opinion is, if you're in the area, it's ok BBQ, I've had worse, but it's definitely not worth the drive from anywhere over five miles away.

Posted by Frontal Lobe at 7:33 PM No comments: