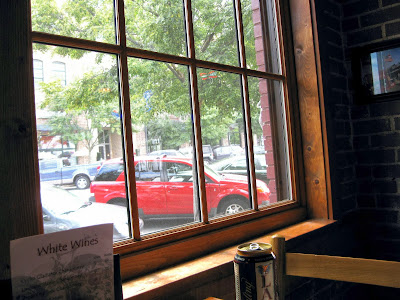 We visited Mac's Speed Shop 930 S Main St, Greenville, SC 29601 on a Thursday afternoon in September. Located near the Greenville Drive Stadium, parking is no trouble after 1 pm, as can be seen from our parking space which was just a few feet from the door. 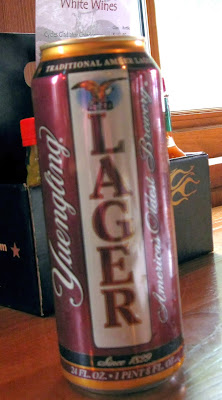 Mac's has a huge beer selection, although our waitress told us she was only familiar with brands like Bud Light, however she offered to bring us a sample of anything we thought we would like to try. I had a draft Oskar Blues Dales for 4.50 and my wife ordered a Yuengling, which came in a very large can for 3.00 (quite a bargain for downtown Greenville). 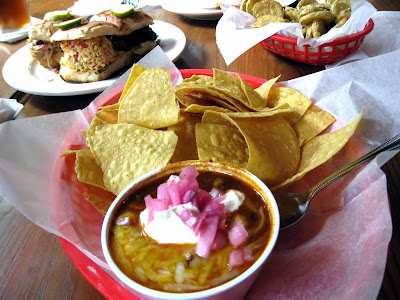 We ordered three appetizers. First was a cup of chili with cheese, onion, and sour cream and more tortilla chips than you would ever want (4.00). The chili was ok, but a little on the thin side. I wouldn't order it again. 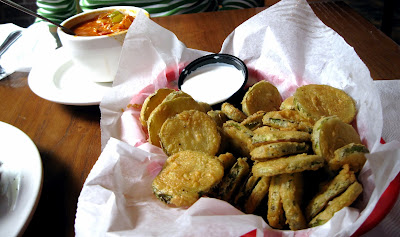 Next were the fried pickles with ranch dressing (4.00). These had just the right amount of spice and were fried perfectly. We would definitely order these again. 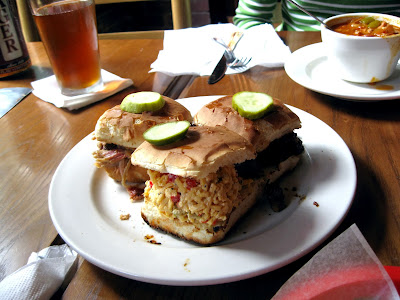 For out final pick we tried the 3 sliders plate (7.00): One pork bbq, one pimento cheese, and one brisket. The pimento cheese was ok, but nothing out of the ordinary. The bbq pork was pretty good, but the real star of this plate was the brisket. When I think bbq, I think pork, so I've never tried brisket, but these were so good, I wish all three had been brisket sliders.

Mac's is a small chain (4 in NC and this one in Greenville) and while I normally avoid chain restaurants, Mac's was A-OK in my book and is a place I plan to eat at again.

Posted by Frontal Lobe at 6:51 PM No comments:

Some years we go to Fall Down Drunk for Greenville and some years not (last time I went was 2010). This year we were on our way somewhere else and decided we would go IF we got a free parking space and IF it wasn't too far from Main Street. Since both those requirements were filled with a parking spot on Camperdown, this year we made it to Fall For Greenville (although I still prefer the Cafe and Then Some's title of Fall Down Drunk for Greenville).  What we ate and comments below: 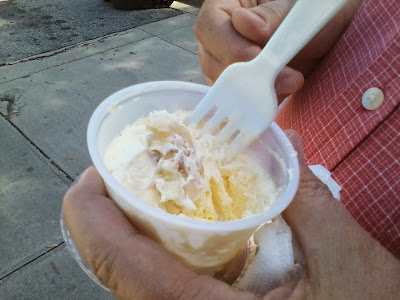 Above is Nicole’s 'Not Your Mama’s' Banana Puddin' from Fitzpatrick's Food and Spirits and it was mighty good. It lived up to its name, being nothing like a normal banana pudding; however, I don't know what it consisted of except for the two banana slices on top, but I would definitely eat this again. 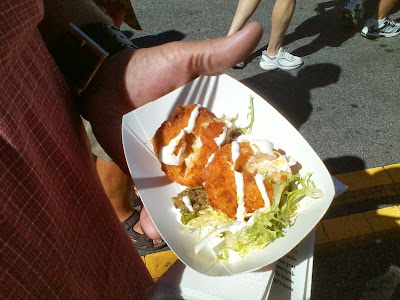 Above is Smoked Salmon & Potato Croquettes from Passerelle Bistro. I really couldn't taste any salmon, it tasted mostly like potato, but they added some capers which help save the dish. So this one is ok, but I wouldn't want another. 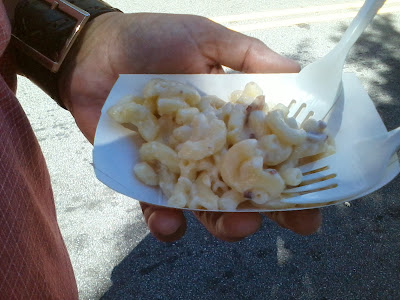 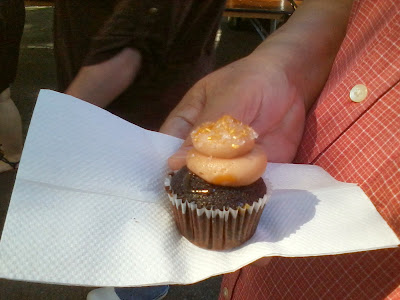 Above is Salted Caramel Chocolate Mini Cupcake from The Chocolate Moose. This was really good and made me wish for a full size one. I need to go back downtown sometime and get a full sized one. 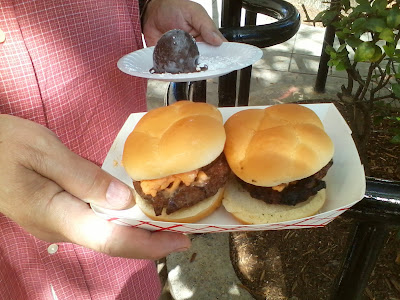 Above is Pimento Cheeseburger Sliders from City Range. These were really good, both the meat and the pimento cheese were very tasty. An equal to Como Pete's pimento cheeseburger and that says a lot. Wouldn't mind having these again. 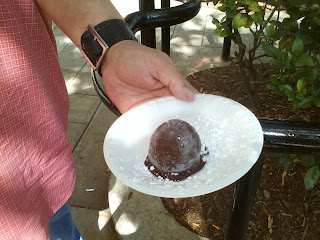 Above is Key Lime Bon Bon also from City Range, which was key lime ice cream covered with good quality chocolate. This was another item that I would eat again. 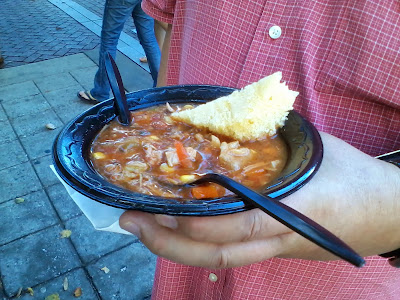 Above is Brunswick Stew w/ Smoked Pork & Corn Bread from Two Chefs, our last dish of the day and the most disappointing. While it sounded good, it was obviously made under the assumption that adding a lot of hot sauce to a dish would make up for its shortcomings. Except for a few bites, we threw most of this in the trash.


Posted by Frontal Lobe at 8:42 PM No comments: